The brute force method would be to create a spreadsheet, and email it to everyone. Each employee would download the file, open it, cut and paste while they evaluate and rank 20 goals, re-save, re-attach and email it back. You would get a handy excel/python guru to consolidate the 5,000 files and give you an answer.

The pain with brute force is asking 5,000 employees to take 10 minutes to rank the goals.  That’s 21 person-weeks of effort. Among our clients, that kind of disruption is simply not allowable.

Enter Elo. Elo is a system for rating the relative strength of players in a game. It was originally developed for ranking chess players. But Elo can be applied just as easily to ideas, or in our case, corporate goals. The value of Elo is two-fold. First, only two goals are presented at a time, so the employee has a much simpler question to answer: “Which goal is more important?” Second, Elo uses every comparison available to rank goals, so even if an employee compares only two goals, he or she is contributing to the overall rank.  Because Elo can predict the final ranking with minimal data, employees don’t need to spend a lot of time ranking.

How Much Time Savings?

We’ve conducted internal studies where one group stack ranks in excel, and one group uses an Elo-enabled app. For a task where 10 items must be ranked, Elo takes about 1/5 the time. For a task with 50 items, Elo takes about 1/10 the time. In some of our customer projects, users rank hundreds of items. We don’t think this would be possible without Elo or another predictive ranking algorithm.

If you want a large crowd to rank a large number of ideas, brute force is not an option. You will need a way for small brush strokes from each participant to be combined to paint a clear overall picture. A pairwise system that uses Elo is a great solution. 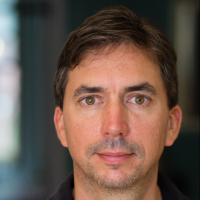 Tom is VP Products of The Vision Lab, which helps companies transform by tapping into the wisdom of employees.

Jan 7, 2020 Brand Purpose: How to Use it to Your Advantage What’s brand purpose, vs. brand mission? We’ll give you concrete definitions and…
Sep 18, 2015 Have A Great Culture By Improving Employee Communication Company culture. It’s not just a buzzword…er, buzz phrase…it can have a…