Tips from a Culture Doctor on Anonymous Surveys

As I do my rounds of Silicon Alley startups as a Culture Doctor, helping CEO’s scale positive winning cultures, finding the right way to keep a pulse on team sentiment is a recurring question. CEOs, both first time as well as those with multiple rodeos to their name, share a pretty universal understanding that team positivity and alignment can easily tank without the right feedback loops. However, what those feedback loops should look like is not clear.  One focal point of particularly strong, and often polarized, views is anonymous employee surveys.

Some leaders will argue: “Why would we need an anonymous survey? I’m totally approachable and we have an open door policy.” Well, depending on factors like the size of the organization and the breadth of its strategic ambitions, as well as the EQ of the leader and the level of trust they’ve earned with the team, there can be cases where the “open door” is a sufficient forum for feedback.

Other leaders say, “We’re small and have that total open door policy. Shrouding an individual’s concerns in anonymity will only hobble our ability to take targeted action to solve specific problems!”

The first question I have for leaders who don’t like anonymity is the, quite possibly annoying, Dr. Phil line of, “How’s that working for ya?” If they shrug or don’t know how to frame an answer to that gem of folksy inquiry, I’ll ask if there are any observable signs of cultural debt in their organization. I’ll also ask if there have been challenges on tangible hard metrics like hitting revenue numbers or high performer resignations. If there’s no sign of issues with cultural debt, they’re hitting the numbers, and their stars are all happily staying put and excelling – I’ll tend to agree that doing an anonymous survey may not have to be a top priority. However, before moving on to talking about where to find the best pint of Guinness in Manhattan, I might channel the classic TV character Lieutenant Columbo with a, “Oh, just one more thing…how are things tracking on your existing anonymous survey?”

This question will typically elicit a very momentary quizzical look until these, invariably brilliant, leaders realize that I’m talking about Glassdoor, the anonymous employee experience survey that’s already up and running for every organization whether they like it or not.  As part of my preparation for the conversation, this Culture Doctor will of course (much like their job applicants, employees, and board), have had a look at their very public “chart” and any symptoms documented there by anonymous reviewers.  Rarely is everything on Glassdoor perfect.

Anonymous Employee Surveys: Own the Conversation

Most often, faced with the prospect of having the employee experience story of record being one that’s driven by a very small percentage of their team, in a forum that can have some inherent bias toward negativity, leaders will see the advantages of doing their own survey.  If they manage their own survey, they also enjoy having a lot of choices that Glassdoor doesn’t offer as they provide a forum that shows they care, so that people perhaps won’t need to find some other forum in which to vent. Here are a few more advantages of doing your own:

To close, for those who still continue to struggle with why their people don’t just come talk to them, I’ll provide the following food for thought:

In this Culture Doctor’s opinion, it’s not a question of “if” when it comes to anonymous employee surveys, it’s always a question of when! And sooner is better than later. 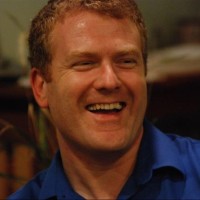 Jan 7, 2020 Brand Purpose: How to Use it to Your Advantage What’s brand purpose, vs. brand mission? We’ll give you concrete definitions and…
Sep 19, 2016 The Only Tips You’ll Need To Improve Employee Engagement Employee engagement refers to the part of the relationship between an employer…
May 16, 2017 Going Beyond The Virtual Suggestion Box To Get Opinions CEOs are often afraid to use a suggestion box. But there’s a…